What's in store for batteries of the future? 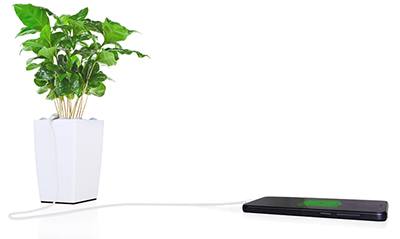 We've compiled a list of battery discoveries we anticipate seeing on the market very soon:

Weighing in at an astounding 1/5th lighter than lithium-ion, these batteries have the technology to allow phones and cars to last five times longer than with standard batteries.

The Bioo is a plant pot that harnesses the power of photosynthesis to charge your tablet or phone. Bioo offers two to three charges per day at 3.5V and 0.5A via and a USB port that's cleverly disguised as a rock. The pot uses organic materials that react with the water and organic matter during photosynthesis.

Nanowires, a thousand times thinner than a human hair, pose an excellent possibility for future batteries. But they've always broken down while recharging. This discovery uses gold nanowires in a gel electrolyte to avoid that. In fact, these batteries were tested recharging over 200,000 times in three months and showed no degradation at all.

This could be ideal for future electric cars, spacecraft, and phones that will never need new batteries.

Scientists have discovered a way to harness magnesium for batteries. This means smaller, more densely packed units that won't need shielding. In the long run that should mean cheaper batteries, smaller devices and less reliance on lithium-ion. Just don't expect to see these appear soon as they're still in the developmental stages.