â€œBatterygateâ€ and what Apple is doing about it! (battery performance issue on older iPhones) 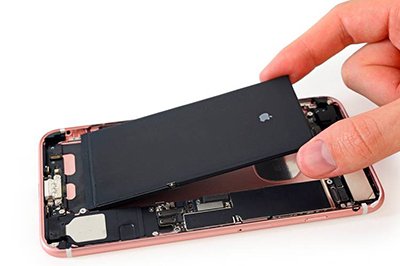 Reddit users have noticed that Apple appears to be slowing down old iPhones that have low-capacity batteries. While many iPhone users have experienced perceived slowdowns due to iOS updates over the years, it appears that there’s now proof Apple is throttling processor speeds when a battery capacity deteriorates over time.

Geekbench developer John Poole has mapped out performance for the iPhone 6S and iPhone 7 over time and has concluded that Apple’s iOS 10.2.1 and 11.2.0 updates introduce this throttling for different devices. iOS 10.2.1 is particularly relevant, as this update was designed to reduce random shutdown issues for the iPhone 6 and iPhone 6S. Apple’s fix appears to be throttling the CPU to prevent the phone from randomly shutting down. Geekbench reports that iOS 11.2.0 introduces similar throttling for iPhone 7 units with older batteries.

When reached for comment, Apple basically confirmed the findings to The Verge, but disputes the assumed intention:

Our goal is to deliver the best experience for customers, which includes overall performance and prolonging the life of their devices. Lithium-ion batteries become less capable of supplying peak current demands when in cold conditions, have a low battery charge or as they age over time, which can result in the device unexpectedly shutting down to protect its electronic components.

Last year we released a feature for iPhone 6, iPhone 6s and iPhone SE to smooth out the instantaneous peaks only when needed to prevent the device from unexpectedly shutting down during these conditions. We’ve now extended that feature to iPhone 7 with iOS 11.2, and plan to add support for other products in the future.

Apple is effectively saying that it’s not slowing down older iPhones just to urge people to upgrade to newer devices. Rather, the company says it’s addressing an issue with devices containing older lithium-ion batteries that result in unexpected shutdowns.

Because those older batteries are incapable of handling peak current draws with the same effectiveness of iPhones with newer batteries and more efficient processors, they run the risk of the device powering down to prevent damage to its internal components. The same is true of devices running in extremely cold or hot weather, as evidenced by a recent kerfuffle with the iPhone X shutting down randomly in freezing temperatures.